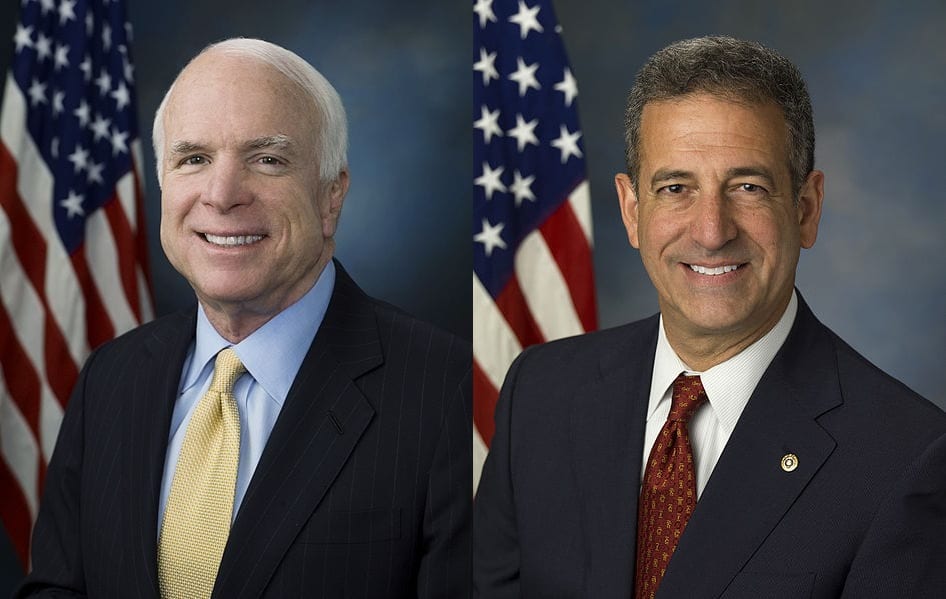 Well the word on the street is that the FEC is about to lay the smack down on political bloggers. I don’t doubt the seriousness of these concerns, but what I do doubt is the longevity of any government official that actually tries to enforce such a cockamamey idea. Talk about a third rail.

What’s at issue? As you well know the Bipartisan Campaign Reform Act(aka McCain-Feingold act) tightened the reigns considerably on campaign financing and advertisements. The question soon arose as to whether the law applied to the internet. In a 4-2 decision the FEC ruled that the language of the act implied that the world wide web wasn’t included as a “public communication”. However, upset that at least some Americans retained their First Amendment right, Congressmen Christopher Shays and Martin Meehan filed action against the FEC ruling in the D.C. District Court. Here, Judge Colleen Kollar-Kotelly overturned a multitude of FEC findings including the exemption of the internet. Unfortunately, the FEC won’t be appealing. It takes at least four commissioners to vote for an appeal and appanently one of them has switched sides.

In the end, our only hope for recourse is that Congress steps up and redefines the law to exclude the internet. Otherwise virtually every aspect of political blogging could be called into question. Links to political campaign sites? Regulated. Reposting something written on a site connected to a campaign? Regulated. First Amendment to the U.S. Constitution? Non existent.

More at Outside the Beltway, Captain’s Quarters, Eschaton, Pajamahadin, and Begging to Differ.