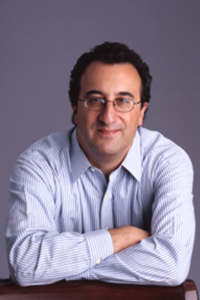 Marty reports that, based on the impression left by the oral arguments, the government-side is going to win today’s property rights cases overwhelmingly.

In Kelo, the plaintiffs may get as many as three votes: Scalia; Thomas (who did not ask any questions); and Rehnquist (who was not there). But it was clear to O’Connor and Kennedy that the Court would have to overrule Midkiff and Berman to rule for the plaintiffs, an approach for which there was no majority. The only possible silver lining for property-rights advocates was that Justices Kennedy, Souter, O’Connor and Breyer all expressed concern that the traditional measures of just compensation under the Fifth Amendment may be subject to reconsideration. Justice Kennedy acknowledged the question wasn’t presented in Kelo, but the Court’s opinion or a concurrence may raise the issue, opening a new avenue of property-rights litigation.

In Lingle, it appears that the government will win unanimously. As Justice Scalia put it at argument, the Court may have to “eat crow” and abandon the suggestion it has made in several cases that there is a “substantially advances” test for what constitutes a taking.

The moment of the day came in Kelo when the city’s counsel attempted to close by saying, “I want to leave you with just four words,” then his time expired. (Although he did say — using more words, “I see my time has expired so I won’t be able to tell you them.”) Justice Kennedy then asked the plaintiff’s lawyer on rebuttal, “You don’t happen to know what the four words were?” Regrettably, he didn’t.

Here’s to hoping the situation isn’t as bleak as the reporter suggests. Furthermore, I’m not sure that the Court would necessarily have to overrule Midkiff and Berman to rule for the plaintiffs. Comments later…if only there were more hours in the day.